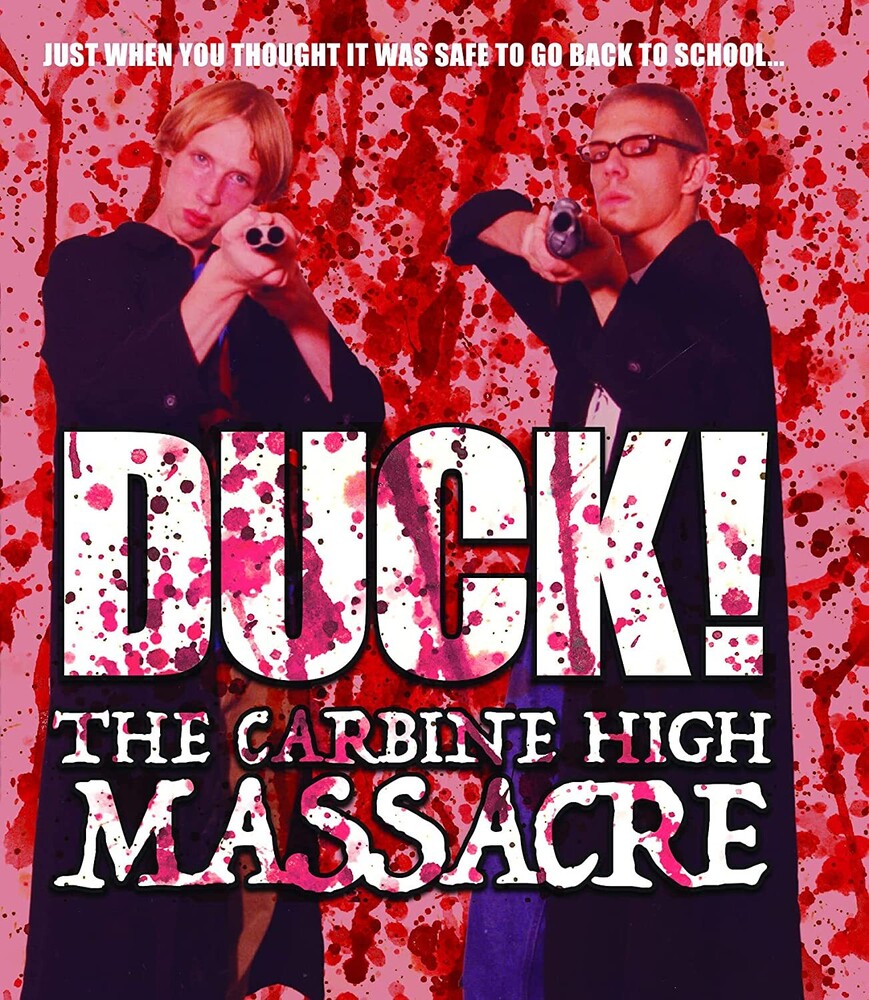 Before Elephant and We Need to Talk About Kevin... there was Duck! The Carbine High Massacre. The first feature of it's kind to satirically chronicle the torment and isolation of two despondent teenagers and the events that led them to open fire on their fellow students and teachers. Trench coat sporting misfits Derick and Derwin spend their days surfing the internet, stockpiling an arsenal of weapons, and raising the ire of the vapid jocks, rich kids, and Bible-study girls at their high school; not to mention their self-absorbed and abusive parents. The boys are pushed over the edge after Derwin is savagely beaten and degraded by his imperious classmates. After briefly contemplating suicide, they instead return to school fully armed to enact a bloody and barbaric revenge on their victimizers as well as anyone else who has the misfortune of inadvertently crossing their paths. Written, directed, and starring New Jersey based filmmakers William Hellfire (Upsidedown Cross) and Joey Smack, Duck! The Carbine High Massacre would quickly become one of the most controversial films of the 1990s, leading to a nationwide mainstream media frenzy and the eventual arrest and incarceration of it's creators. Featuring Misty Mundae (SpiderBabe), Lilly Tiger (Infamous Bondage Murders), Pamela Sutch (Psycho Sisters), and a live performance by Nashville noise-rock legends Today Is The Day, Duck! Transcended it's regional SOV roots, emerging as the precursory feature to examine the hot button phenomenon of school shootings; a subject that is still as topical today as it was upon the film's release over 20 years ago.
back to top