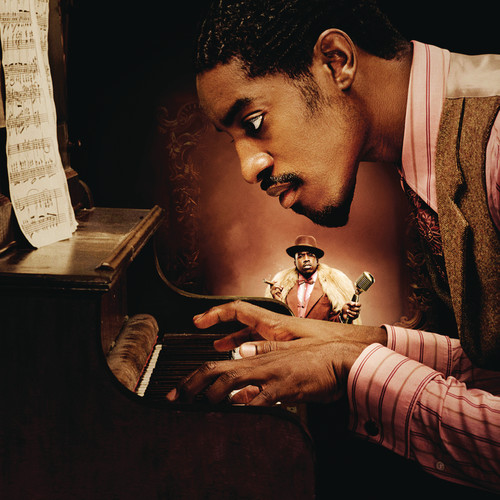 ''Idlewild'' is the sixth studio album by American hip hop duo OutKast, released August 22, 2006 on LaFace Records. It also serves as the soundtrack companion album to the duo's musical film ''Idlewild'', released by Universal Pictures in August 2006. Containing themes relating to the music industry, the album also features songs not included in the film and incorporates blues, R&B, jazz, and soul musical elements.

The album debuted at number two on the US ''Billboard'' 200 chart, selling 196,000 copies in its first week. It achieved minimal international charting and produced five singles that attained moderate ''Billboard'' chart success. Despite mixed criticism towards its unconventional musical style and loose thematic structure, ''Idlewild'' received generally positive reviews from most music critics upon its release. The album has been certified platinum in sales by the Recording Industry Association of America, with shipments in excess of one million copies in the United States. - Wikipedia

All actors, as the clichs, really want to direct. And all rappers, it seems, really want to act. (And probably direct, too, eventually-not to mention start a sneaker line, market vitamin water, appear on The Simpsons, visit Mars...) But for OutKast, their film debut, Idlewild, allows for a clever, two-pronged career move. Set in a 1930s speakeasy, the flick's historical nature means the duo don't have to worry about their relevance to today's hip-hop culture. And as a soundtrack, rather than a proper follow-up to their double-faced masterpiece, Speakerboxxx/The Love Below, their new album sidesteps the high expectations of a follow-up. Although the lead single, "Mighty O," refers back to Cab Calloway, Big Boi insists, that the Idlewild soundtrack is not a period piece. But do the lyrics bear him out? After all, when he threatens, "I'll hurt you like the president's approval rating," he's got to be talking about Herbert Hoover, right?
This website uses cookies to personalize content and analyse traffic in order to offer you a better experience.
I accept Learn More
back to top