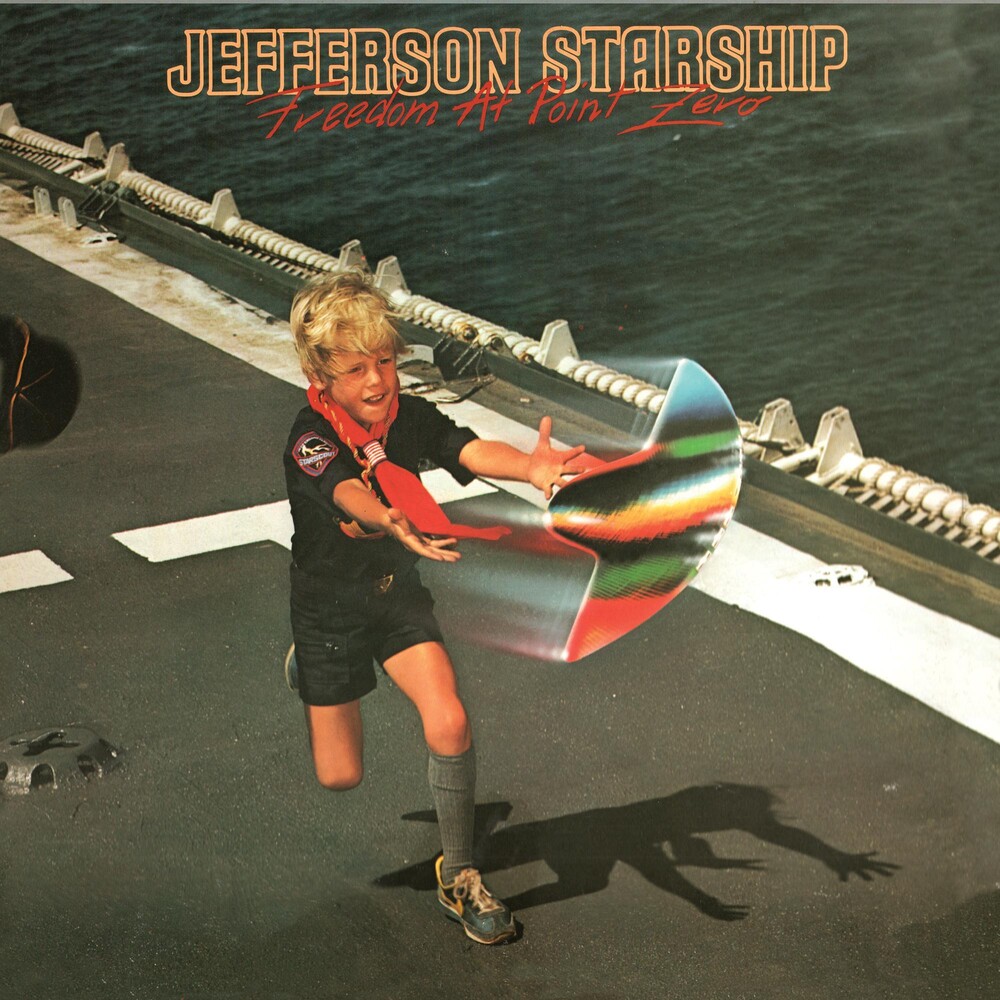 Limited 180gm translucent orange vinyl LP pressing in gatefold jacket. Freedom at Point Zero is the fifth album by Jefferson Starship and was released in 1979. It was the first album for new lead singer Mickey Thomas, and the first after both Marty Balin and Grace Slick left the previous year (Slick rejoined the band for their next album Modern Times in 1981). Aynsley Dunbar plays drums on this album; he had left Journey the previous year. The single "Jane" peaked on the Billboard Hot 100 at #14 and spent three weeks at #6 on the Cash Box Top 100.