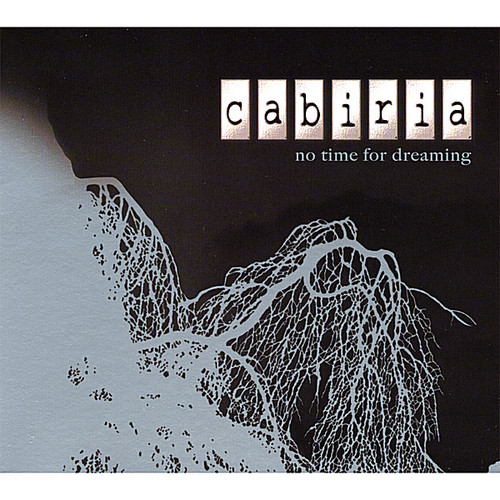 No Time for Dreaming
Artist: Cabiria
Format: CD
New: Not in stock
Wish

Down-Tempo Melodic Trip Hop Cabiria has a unique sound that combines sensual Trip-Hop grooves like that of Portishead and Massive Attack, with haunting, passionate and sometimes melancholy phrasings inspired by classical composers such as Rachmaninoff and Chopin. Cabiria emphasizes melody through the powerful operatic vocals of Valerie Brinker, who has been trained classically, and through the electric violin talents of Erin McFee. Part of the band's characteristic sound is the interplay between Valerie's intense, high-register lyrical melodies, and Erin's sullen and seductive violin playing. At the same time, Cabiria incorporates classically influenced piano driven harmonies, complemented by ambient, effects-laden guitar sounds. Cabiria also incorporates live electronic sounds, sampling and triggering. Cabiria uses live drumming. After five years of composing and performing since having formed in 2002, Cabiria has self released their debut album 'No Time for Dreaming'. The album features a collection of songs that capture's the essence of the bands' style. From their use of harmony and melody, to the expressive lyrical composition, this moody, sultry music demands your attention, and has been described by some as a 'Hauntingly Beautiful Operatic Trip-Hop Masterpiece'.