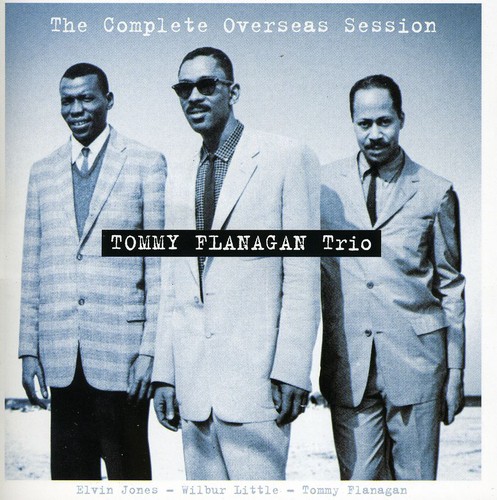 2010 archive release containing all of the music recorded by Tommy Flanagan during his first session as a leader, fronting an all-star trio with Wilbur Little and Elvin Jones. The session, recorded in Sweden in 1957, was first issued on the local label Metronome and later appeared on Prestige as Overseas. These seminal recordings were made while Flanagan, Little, and Jones were touring Europe as part of the J.J. Johnson Quartet. All existing alternate takes have been added to the nine masters from the session. As a bonus, we have added the only trio tracks from two quartet albums with Flanagan, one of which presents the same trio featured on Overseas. All previous editions of this session presented three apparent alternate takes, which were actually exact copies of the master takes. All of the six alternate takes included here have been carefully examined and are clearly different from the masters.