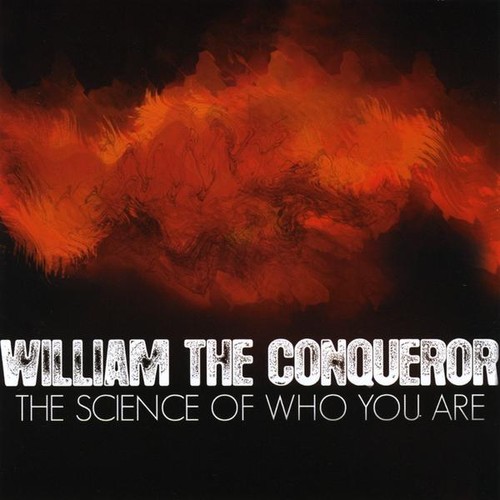 Science of Who You Are
Artist: William The Conqueror
Format: CD
New: Not in stock
Wish

The indie folk-rock six-piece formed in the summer of 2007, creating what is known today as William the Conqueror. Bonded by a mutual love of music, pianist Scott Christian, singer Ryan Comerford and guitarist Colin Brisbois conceived the band in a musical orgy in Ryan's basement. In the following fateful conversation on the front porch, the newfound band made a mandate to focus on making good music, unrestricted to genre. Having met each other at the University of Toronto faculty of music, more talent was pulled from the pool of disenchanted music school kids and added to the roster. The most notable finds were violinist Kiki Dube, bassist Tim Smith and drummer Aaron Spink. The band's very first show was at the legendary Lee's Palace, one of Toronto's more famous, albeit slightly tumbledown, rock venues. Confident about the chemistry and sound of the band, William the Conqueror began to focus on establishing itself as the next big thing. 'If you haven't heard their stuff, you should. They're a a buzzing mix of indie-rock and classical training, a blending of instruments and a quasi-seductive husky voice that makes you want to get up and show off your dancing skills (or lack thereof).' - Matt Katz, Torontoist.com The band released it's inaugural recording, a self-titled Acoustic EP, to a full house at the Hard Rock Cafe in October. Over the next six months, William the Conqueror played gigs all over the city of Toronto, including the Opera House, the Rivoli and the Horseshoe Tavern. Tracks from the EP were featured on BlogTO's Toronto Independent Music Podcast and the Insomnia Radio Indie Music Podcast. "To my ear, they are playing music that combines a lot of the trendy, artier elements of indie music right now by including unexpected instruments in unique arrangements, while harking back to the type of music that took the radio by storm in the mid-to-late nineties. It's funny how if a certain type of music stops being played, you forget why you like it in the first place, but WTC are here to remind us." - Dan Wolovick, twowaymonologues.com The band spent two months at the end of a blustery Canadian winter in Q Studios recording it's first full length album with producer and engineer Robert Sibony (who's worked with Celine Dion, Jesse Cook and Kenny Rogers Jr.)
This website uses cookies to personalize content and analyse traffic in order to offer you a better experience.
I accept Learn More
back to top