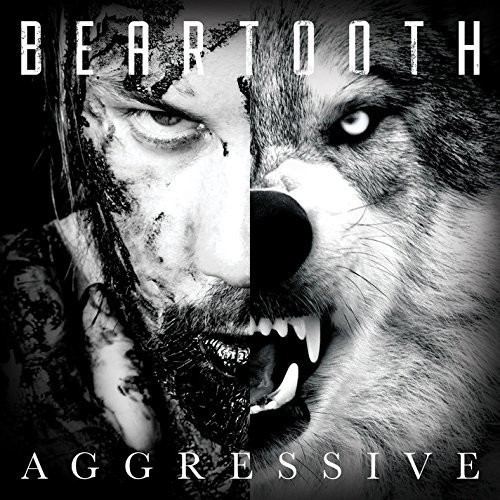 2016 release. In the two short years since their debut album was cooked up in frontman Caleb Shomo's basement, Beartooth has catapulted into heavy music's stratosphere. The band has as much in common with stomping metalcore as old-school punk, vintage screamo, and harder edged pop punk, with a bit of cinematic extravagance. Whereas 2014's Disgusting was the sound of a man pushing forward, Aggressive is a battle cry vowing to never retreat back into the dark. Beartooth's second Red Bull Records full length arrives filled with unapologetic power and focused determination. It's the inevitable result of a fiercely dedicated, immensely talented, often troubled young singer who found purpose in sharing his insecurity, hostility, and regret with like-minded people the world over, people he never dreamt would hear his music let alone connect with it. Aggressive is filled with screaming verses, soul moving riffs, and mosh parts, yet at the same time, it's incredibly catchy. That's what Beartooth does best: bridging raw authentic intensity with accessibility, much like the balance between the sobering reality of personal demons and the hope attainable through perseverance.