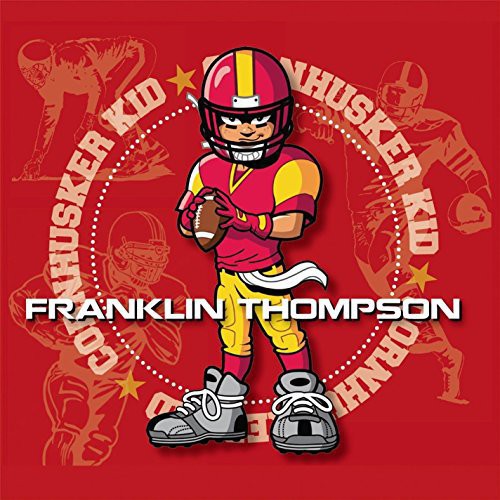 'Cornhusker Kid' is a music endeavor aimed at highlighting all that is fun and good about Nebraska Cornhusker Football. KID is part comedy/part commemorative. It is a product written to be fun yet serious; wacky yet thoughtful; irreverent yet contemplative and genuine when it comes to honoring Nebraska traditions. Most projects about the Nebraska Cornhusker Football experience tend to be written in the country, folk, and rock music styles. Cornhusker Kid is bound to be a collector's album because it is the first major product to be successfully done in an Urban, Hip-Hop vein. The following endorsement of the product was given by 1972 Heisman Trophy Winner Johnny Rodgers: "Franklin Thompson has successfully captured the urban Cornhusker spirit. He is a talented musician and an inspiration for Nebraska fans of all ages." In addition, 1994-95 National Championship quarterback Tommie Frazier had this to say: "Every time I get in my car, my kids want me to play the music CD entitled the Cornhusker Kid. It is a testament of how Franklin Thompson has captured the spirit of Cornhusker Football. Go Big Red!" Cornhusker Kid was purposely written to reach a wide audience. Fans young, old, and in between will find something they can all appreciate about KID. The following is a breakdown of song titles and the audience each track caters to. 1. An older more conservative audience:  Husker Values (track 13)  Forever Husker Fan (track 12) 2. Younger Kids:  L'il Red's BIG 10 Debut (track 3) 3. Adult contemporary crowd:  Mountains (track 10)  Legendary (track 6)  Welcome to the BIG 10 (track 1)  Magic Man - Roll Call Mix (track 2)  Magic Man - Overcomer's Remix (track 14) 4. A Hip-Hop/Rap/Funk/Crunk Type of Crowd:  Magic Man - Don't Drop it Like It's Hot Remix (track 14)  Tripped Out Coach (track 7)  Not in My House (track 11)  Cornhusker Kid (track 4)  Husker Slide (track 5)  Over the Top (track 8)  Crunk Over the Top (track 9) 5. R&B Music - Life After Football songs by guest artist Nate Bray:  Conquest (track 16)  Illusion's Web (track 17)  Got to Be Strong (track 18) Cornhusker Kid is bound to be a favorite at tailgate parties and half-time celebrations. An enterprising person might even consider the wisdom of tying portions of these songs with television and radio commercials and advertisement. Husker fans are not just found in Nebraska; they are located all across this nation. Spread the word about Cornhusker Kid. Half of the proceeds from the sale of KID go towards diabetes research and prevention, a disease that has greatly affected Thompson's own family and friends. Support your team and while also helping a worthy cause. _____________________________________________________________________________________ Additional Information about the Artist: Cornhusker Kid introduces the Selah Sound of music, a unique genre that combines P-Funk, Hip-Hop, Rap, R&B, and Pop styles of music. It borrows equally from old and new school approaches. The Selah Sound can be described as a 'thinking man's style of music' that also encourages listeners to dance. The goal of the Selah Sound is to promote positive values as an effective counterbalance against negative and narcissistic choices of living. This particular project showcases a more light-hearted, tongue-and-cheek form of the genre, while other projects released by Franklin Thompson seek to address important social issues with the goal of ushering in a new era of healthy social justice living. Franklin Thompson makes no claims to be an award winning writer or singer. He has no delusions of grandeur, and knows there are plenty of people in the world that can outdo him in both areas. Still, he has a unique way of co-mingling educational and social goals with an entertainment mindset that sets him apart from others. Famed DJ Chris Manak (aka, Peanut Butter Wolf) once said that Thompson was a G.O.A.T (greatest of all time) when it came to assessing independent, unsigned artists. In addition to owning his own record label (Titus-Vision Records), he is also signed with Chris Manak's California based Stone's Throw record label. Feel free to visit Thompson's music profile for other products he has released.