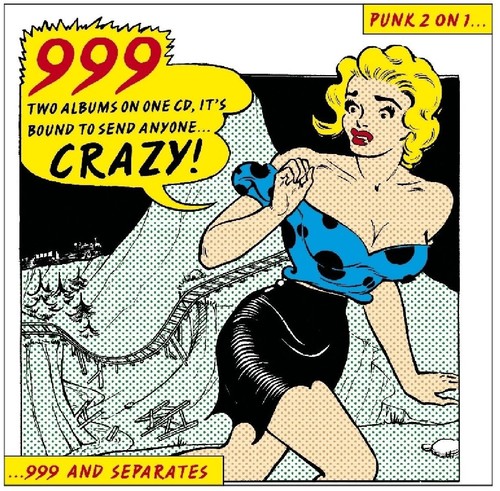 Reissue of this CD containing the under-appreciated UK punk band's first two albums on one CD. Formed in London at the very end of 1976, 999 is one of the longest surviving bands of the punk era with founders Nick Cash, Guy Days and Pablo LaBritain still present today. 999 and Separates were the first two LP's by the English punk-rockers, both released in 1978. The debut album 999 was released in March containing the singles 'Emergency' and 'Me And My Desire' and Separates was released later that same year. Separates was released in America under the title High Energy Plan as their U.S. debut album. Opening track 'Homicide' garnered frequent radio rotation especially in Los Angeles. The album Separates was reviewed as one of the best punk albums of all-time.