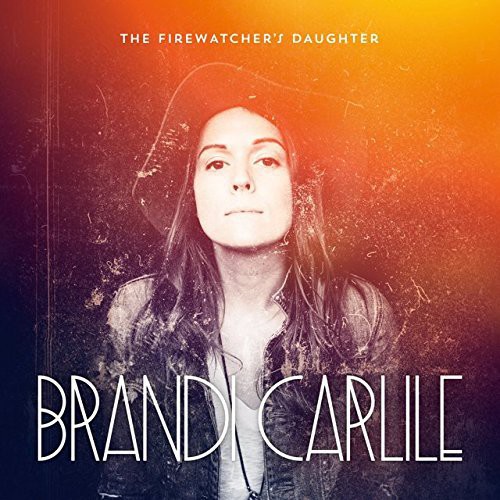 Brandi Carlile's fifth studio album, The Firewatcher's Daughter, is her first album on ATO Records. It is the follow-up to Bear Creek, which debuted in the Top 10 of the Billboard 200 album chart in 2012. The 12-song album explodes with energy, urgency and pristine harmonies and represents the start of a fresh chapter for Carlile and her longtime collaborators Tim and Phil Hanseroth, also known as “The Twins.”

‘The Firewatcher’s Daughter’ was recorded almost entirely as first takes without any demoing and little rehearsal before gathering at Bear Creek Studio in Washington State.

The result is immediate and electrifying. “The Eye,” a song influenced by Crosby, Stills and Nash, is so intimate and hushed you can hear the quiver of Brandi’s voice in a flawless 3-part harmony. Lead-off track and first single “Wherever Is Your Heart” captures a fiery intensity.

The creative spirit of the album is also exemplified in Brandi’s sold-out Pin Drop Tour, which wowed audiences this fall. Playing historic rooms, Brandi and The Twins performed songs new and old without any amplification – no mics, no amps, no PA – relying only on their voices, acoustic instruments and the venues themselves. The Chicago Tribune attributed Carlile to proving “that sometimes music has more to say than speakers can communicate.”

‘The Firewatcher’s Daughter’ follows 2012’s ‘Bear Creek,’ which debuted in the Billboard Top 10, was hailed as “gorgeous” by Rolling Stone and “tremendously assured” by NPR. Brandi has sold out venues like Red Rocks, back to back nights at The Beacon Theater and performed at Bonnaroo, Austin City Limits and more.