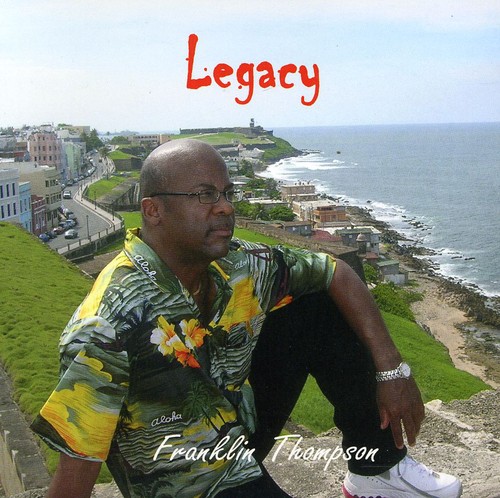 This album represents the volume 2 greatest hits music of Franklin Thompson, creator of the Selah Sound of music. This 18-song music CD includes songs written during the 1980 - 2011 time frame. It is aimed at an audience that likes to dance and think at the same time. For example, the signature song on this ablum, Black Pearl (cut 4), is a Black History piece that has sure-fire educational value, and yet it is at the same time a hot dance song for the nightclub scene. The same can be said for A dream Deferred (cut 6) and Mountains (cut 17). Other songs such as Mega Mix (cut 11), Gypsy Girl (cut 12), and My Money's Kinda Funny (cut 13) take a more traditional approach to pop music. The styles are wide and varied, making for a diverse album that has something for everyone. The Selah Sound can be best described as a thinking person's music set against an infectious beat. It is music that makes you think while you dance, work, or chill. The Selah Sound has a strong social justice message. It seeks to reclaim children who fall between the cracks of society. It comments on the difference between real human and race relations as opposed to warmed-over politically correctness. It promotes ideological diversity. It talks about family values without being preachy. It seeks to rekindle strong bonds between a man and a woman. It talks about true love and heartbreak. The Selah Sound also includes a fun and recreational side. The artist, Franklin Thompson (aka Francois Jaboi), is currently signed with Chris Manak (aka Peanut Butter Wolf) and Stone's Throw Records out of LA. Wolf has described Thompson as a GOAT - one of the great [independent artists] of all time. Thompson used his own independent Titus-Vision Records label out of Omaha, NE to release 'Portrait.' He gives credit to Sly Stone, Larry Graham, David Bowie, Marvin Gaye, Curtis Mayfield, and the George Clinton/Bootsy Collins P-Funk crew for providing the inspiration for developing his particular sound. Whether or not 'Legacy' ever becomes a mainstream best seller remains to be seen. It was originally designed to be a headliner via the underground music scene, and several of it's singles are doing well in that venue. One thing that can be certain, however, is that this project is a valuable collector's piece that is sure to be dissected, analyzed, discussed, and sampled for many years to come. Thank you Franklin Thompson for your contribution, and long live the Selah Sound! Please exclude illegal characters from your Album Description.