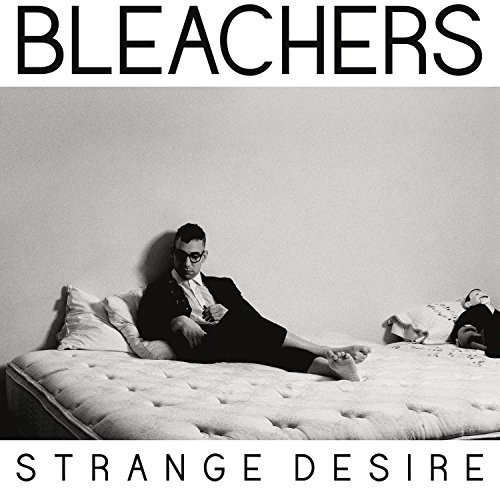 Bleachers first single "I Wanna Get Better" has already streamed over 1.5 million times, was deemed "the song of the summer in February" by the Huffington Post and quickly skyrocketed into the top 10 at Alt radio. Coming off the success of the breakthrough single, Bleachers recently premiered "Shadow" on Pigeons & Planes which is now available on all digital providers.

Since the Bleachers launch in February critics have been nothing but excited and eager to hear more. Rolling Stone exclaimed "We'll be shocked if it's not all over the radio by spring", TIME raved ...it's exciting to imagine what else Antonoff has up his sleeve" and Hilly Dilly proclaimed "...this is the kind of music that can't get big enough."

Hailing from New Jersey, 29 year old Jack Antonoff has been in the music scene for over a decade. In 2002, with Jack as the lead singer, the success of New Jersey born indie rock band Steel Train was well underway. Steel Train s cult following lead them to make their national television debut on Late Night With Conan O Brien and later appeared on Late Show With David Letterman. In 2008, Jack joined Nate Ruess and Andrew Dost to form the Grammy award winning fun.

In addition to being a multi-talented musician, Jack is a critically acclaimed songwriter and producer. His achievements include fun. being honored with the Vanguard Award at the 2014 ASCAP Pop Music Awards and co-writing fun.'s Grammy award winning song We Are Young" and Grammy nominated album Some Nights. He also received a Golden Globe nomination for his collaboration with Taylor Swift on her song "Sweeter Than Fiction." Jack has also worked with Sara Bareilles, co-writing her Grammy nominated hit "Brave", and Canadian Indie icons Tegan and Sara.