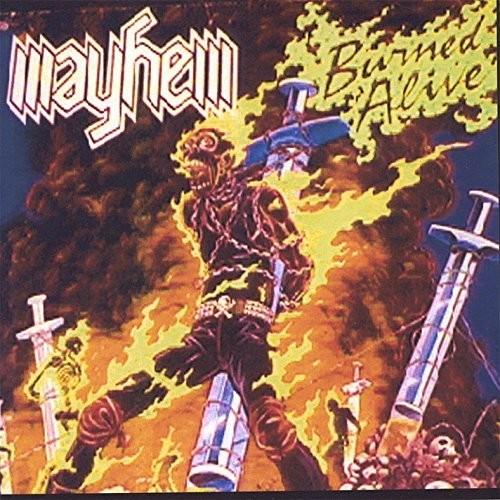 For the entire US METALcatalog please visit our store here at cdbaby/all/usmetal (or under or matt McCourt The summer of 1985 matt McCourt lead vocalist of portlands wild dogs teamed up with Mayhem a premier spedd/thrashmetal band a favourite among slayer and megadeth members and spotlighting a 16 year old drummer who was world class and a tight band Just barely out of high school and not of legal drinkin age. In the traduition of mettalica, motorhead (al the m bands eh?) Megadeth, Slayer Mayhem served up a buffet of over the top drumming and Molten metal upon which radical front maniac matt McCourt fresh form his untriumphant return to wild dogs only to be replaced for the reign of terror album (matt and mayhem staged a dissapearance to a full house on deens birthday when matt doscovered that the band was witholding this information until the gig was over... a riot ensued and 3 of matts now dead friiends took up the vocal chores as he leftteh stage during hello! And goodnight- a feat never attempted again at that venue.( the owner is in jail for murder so good thing .... Back to the fast music and speedy drumming You will find a gem on this set in ace of spades yes the ssame ace of spades that l;emmy and co made famous much to his chagrin...(theyvce a lot better albums since then ya know...)and with proper licensing and all that so you can listen in peace~! However the tapes were nearly lost but once again sonic bob stoutenberg at recoridng associates rescued tehma and this band from rare obscurity. Mondo craig lower bass Steve slayer hippiue hanford drums Eric oleson guitar Matt McCourt - vocals and beer.