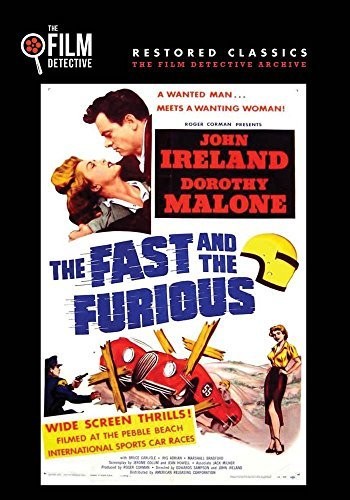 The film that inspired the wildly successful contemporary franchise of the same name, "The Fast and the Furious" is every bit as fast-paced and pulse-pounding as it's modern iteration. Produced by the legendary Roger Corman, this action-packed thrill ride stars John Ireland ("Spartacus") as a man wrongly imprisoned for murder who breaks out of jail, finds a fast sports car, picks up a beautiful woman (Dorothy Malone, who won an Oscar for her unforgettable performance in Douglas Sirk's timeless "Written on the Wind"), and heads for the Mexican border, the cops hot on his tail.
back to top